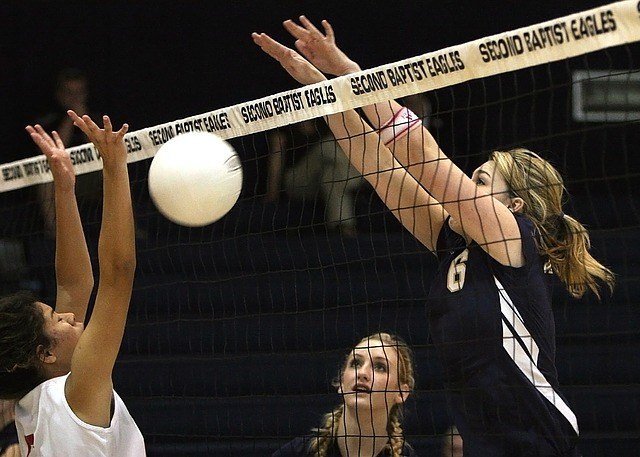 Have you been to a volleyball game lately?

My middle daughter has chosen volleyball as her sport so I am spending a lot of time sitting courtside watching volleyball games. If you haven’t been to a volleyball game in awhile, virtually everything has changed.

In fact, I think the only things that haven’t changed are that you only get three hits to get it across the net, out of bounds is still out of bounds and the same person can’t hit the ball twice in a row.

In my day, you only scored when you were serving. If your serve touched the net, the other team got the serve. You rotated around the court and everyone played each position.

Today, it doesn’t matter who serves, points are earned regardless.  Games go to 25 and the tie-breaker game goes to 15. Players play specific positions and when they sub in and out they have to have special permission from the ref (except this one special player who can jump in and out between serves at any time). Then, they sort of go to their position and as soon as the ball is served they run to the position they really want to play. If the ball hits the net on the serve, it still counts.

For the longest time, I was confused. I usually didn’t know what was going on and why they were doing what they were doing. I remember thinking “Here is yet another example of changing things for the sake of change. What was wrong with the way it was? Why do we have to keep changing things?” I would just cheer when our team got a point.

So I asked a lot of questions. Ironically, most of the people around me didn’t know either. Over time, however, I figured most of it out, although I still don’t know why one player can come in and out seemingly at random (and that player has a special name that I can never remember, so I just call her the au pair).

AND, I’ve come to realize that the game is better for the changes. It moves at a faster pace. Scoring regardless of which side serves moves it along.  Having players specialize in certain positions allows them to develop their strengths in such a way that it serves the whole team. And although I still don’t fully grasp the au pair’s role, she seems to be like a utility player in baseball that allows more flexibility to the team.

Is the same is true in your leadership?

How often do you resist change because you don’t see the advantages that might come with change?

Do you ask enough questions or do you just shut it down because “that’s not how we do it here.”?

Can you roll with it for awhile until you figure it out?

Are you open to changing the rules to move the game forward, to allow greater flexibility so you can beat the competition?

[reminder]What do you do to improve the game for your company?[/reminder]

By the way, that special player is actually called the libero, an Italian (not French) word meaning free. The libero is a player who specializes in defensive skills: the libero must wear a contrasting jersey color from his or her teammates and cannot block or attack the ball when it is entirely above net height. When the ball is not in play, the libero can replace any back-row player, without prior notice to the officials.

Glad I could clarify that for you. Now, move your game forward, faster.