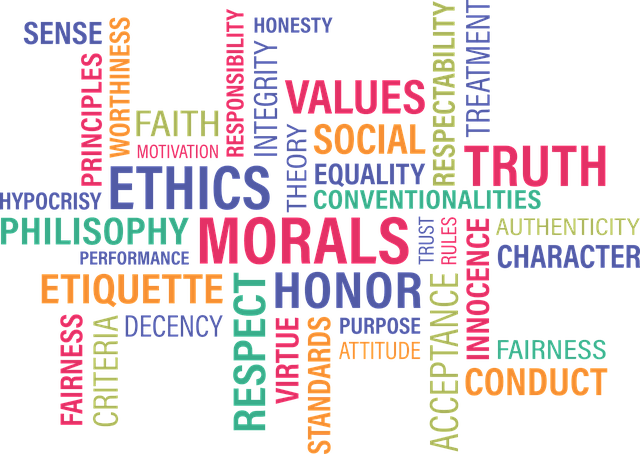 Over 5 posts, we explore the “Be” statements that comprise the core values of The Human Leader.

Today we look at Be Humble.

I am proud to say that I am humble. Just kidding of course. Yet, in many cultures, including the one I grew up in, the degree of your humility is often exalted as the greatest virtue you can have, setting up an interesting paradox. The more humble you are, the prouder you get to be. Except you can’t be proud or your not humble anymore. Hmm.

Add to that the fact that American culture values pride in achievement, disdains a “false humility” and quite frankly sees nothing wrong with being proud of a job well done. At the same time, we Americans abhor arrogance and those who exhibit it.

So why is Be Humble the fourth core value or pillar of The Human Leader?

To answer that, let’s look at Be Humble a little closer. It is a rather confusing phrase for just two short words. I think this is primarily because we misunderstand the definition of humility.

Some people seem to think that being humble means groveling in front of others, or considering others as better than yourself. In actuality, that is self debasement and most likely a problem with self-esteem.

Other people define humility as never taking pride in anything… ever. So, what do you do if you have accomplished something really cool? It doesn’t take long to create significant cognitive dissonance (the mental distress created when attempting to hold two conflicting beliefs at the same time) if you can never feel good about an achievement. In order to resolve this distress, an individual will typically pretend (i.e. the false humility mentioned above), deny (it wasn’t that good), or utilize some other coping mechanism to work around the cognitive dissonance.

Still others define it as the absence of arrogance (while allowing for a little healthy pride). I think this is getting closer, but this definition is also lacking. Someone can be not arrogant and not humble at the same time.

For a leader, Be Humble means that you choose to put others first. The Human Leader is a strong person who serves others. She seeks to build others up rather than herself. The Human Leader also knows that he can’t succeed on his own strength. He recognizes that he got where he is because of the work of others as much as his own efforts. She consciously builds a team that accentuates her strengths and fills in her gaps, then rewards those team members generously as she rises in her success.

There are huge payoffs for being a humble leader as well. The people you lead follow out of loyalty rather than fear, As you develop a true humility, you don’t have to win every argument. You don’t seek revenge, but turn enemies into allies. You don’t act like a big shot, because you have nothing to prove. You respond to and learn from criticism without becoming defensive. You become aware of your failures without being emotionally devastated. You can ask for forgiveness and easily apologize for what you did do wrong.

At the same time, you are not milquetoast. You develop a quiet confidence in your abilities and talents. You can respond to difficult situations without second guessing every decision you are making. You make decisions based on the best available information and not out of a need to stroke your own ego. And, perhaps most importantly, you actually make the decision and move forward.

Being an authentically humble leader is not easy. Often it seems to go against human nature. Ultimately however, as we learn and grow in this area of humility, we become more authentic, more real, more human.